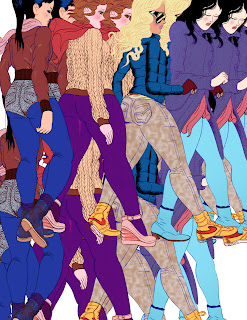 Hallo!  Ok so there’s this new remix track by Xinobi.  It was just recently released on Discotexas, Xinobi’s own label that he started with friend and fellow music producer, Moullinex.  Xinobi, aka Bruno Cardoso, is a wonderfully funky Portuguese man with an affinity for piano stabs and an ear for disco.  Stream and then buy his remix of Slave To Your Heart by Zimmer below.

I know you got a nice dose of Moon Boots a few days ago with his new track, “Got Somebody”, but he also just released this remix.  It’s another remix of a Zimmer track haha.  Anyways, it’s self proclaimed ‘Jamaican Funk’… who can argue with that nice little subgenre?